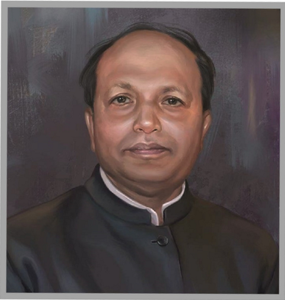 Mr. Islam was a great philanthropist who redefined the concept of business and industries in Bangladesh. Through the variety of his concerns, he has shown diversified thinking capability that no one in his generation possessed. His way of thinking about the world as a whole and the betterment of the country made him a kind philosopher. His leadership quality was unique, his philosophical point of view was exceptional, and the combination of both made him a successful man.

He started his career as a Contractor and established “Bengal Development Corporation” which over time grew into a great construction company. He later established the ‘Islam Group’. Islam Group has diversified business into multidimensional sectors including Engineering, Construction, Trading, and Manufacturing. Besides being a pioneer in the business, he was also a humanitarian figure. He founded Jahurul Islam Medical College and Hospital for the betterment of the country.

Not only as a businessman but also as a human being, Mr. Islam is an idol for generations to follow. He has left behind huge inspiration in his life history for aspiring future generations of entrepreneurs.