Aftab Hatchery Limited (AHL) was incorporated in 2001. The purpose of AHL is to meet the growing demand for Day-Old-Chicks (DOCs) in the poultry sector. AHL maintains the strictest safety guidelines to ensure birds/chicks are always protected from disease and cross-contamination. We feed our poultry the most superior feed in the market sourced from Aftab Feed Products Ltd. This ensures the quality and transparency that is maintained throughout the production process.

AHL is considered one of the leading poultry hatcheries in Bangladesh. The day-old commercial (DOC) broiler and layer chicks are marketed throughout the country by our own distribution network.

In Bangladesh, commercial poultry production using improved genetics, feeds, and management has grown rapidly since the early 1990s in response to increased market demand for livestock products including poultry. Contract farming in the poultry sector has also evolved to some extent, along with the expansion of commercial production. The AHL’s hatchery production systems depend totally on the import of grandparent stock from abroad, usually from France, the United States of America, and the Netherlands.

AHL rears the imported birds under its own supervision. The eggs obtained from the grandparent stock are hatched and the day-old chicks are distributed to the selected contract-grower farmers as Parent Stock birds. After 25 weeks of rearing, the parent stock birds start producing hatchable eggs, which the AHL buys back. After hatching, they distribute the day-old chicks to the selected dealer throughout the country. 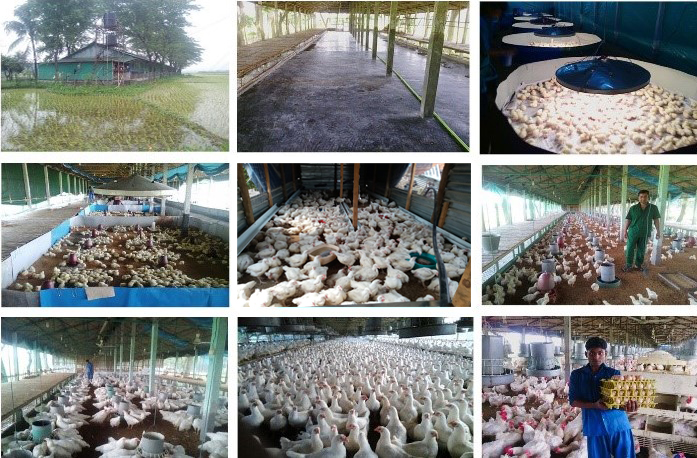